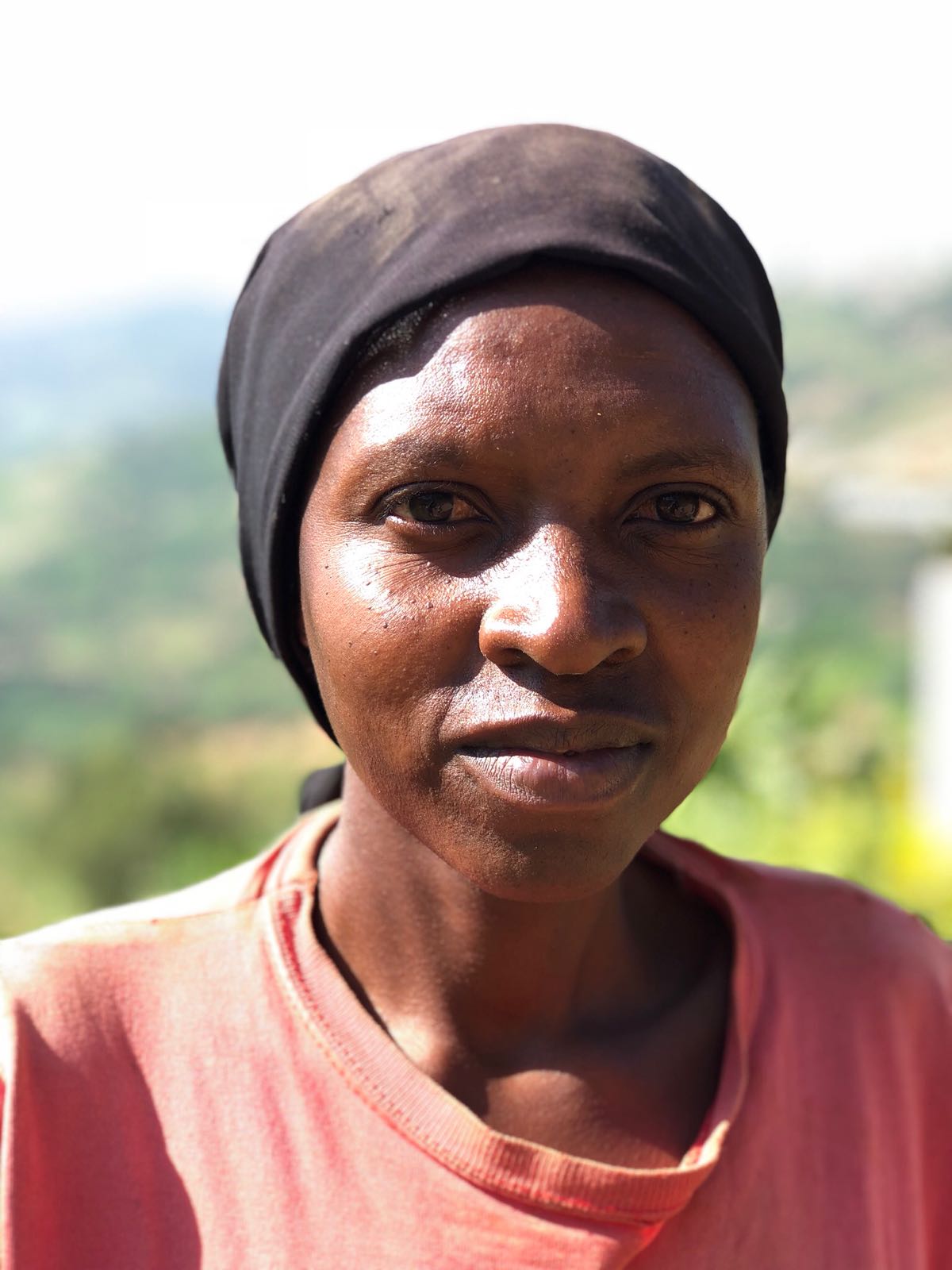 They intend to increase the size of their banana plantation. Another issue is that the banana plantation is exposed to the sun, they plan to hire an agronomist to advise them on how to improve protection. There are also more agriculture activities (among them coffee) and Pierre also runs a street business.

Justus visits Pierre for the first time in 2016. The microcredit has been provided to him nearly 1 year ago. The reports show that he is paying off the loan but slower than expected. Still, Pierre is satisfied about the growth of his harvest. The increase was 50%, from 1 ton of bananas to 1,5 tonnes.

Two years after disbursement of the microcredit, Pierre has paid off half of his loan. So far, they paid €65 interest. That is €400  less than a normal microcredit. He probably would have defaulted on a normal loan with a 25% interest rate.

Pierre is on the road today, we therefore talk to his wife Edissa. She is working on the land. It is labour day and therefore the kids are off. They all play on the land while their mother is working in the burning sun. Luckily the coffee bush is providing some shade. It is still hard to pay back the loan. It’s been two years and they should repay in the next few months. They expect to be able to repay just in time because the harvest season just started. The issue is that the harvest is not good this year, the yields were much higher last year. It is noticeable that in this area some farmers have a good harvest and some don’t.

The income of these 2 entrepreneurs has not increased the past two years. They approximately earn € 50,- a month. Luckily the rent is low, otherwise they would have gotten into trouble. We wonder if they are just not that lucky or that they are less good entrepreneurs. The plantation doesn’t look as good as some of the other plantations in the area. Perhaps extra knowledge about growing coffee could help.

In September 2018 Pierre and Edissa paid off their loan, just as expected. All together they paid 90 Euros interest, saving them €285 compared to a normal loan. Not bad when taking into account that their annual income is €600. They would simply not have been able to repay the loan. It is a question whether this loan has had a positive impact on their wealth. On the other hand, it is perhaps already a win that they’re entrapped in debt.

A good harvest is sometimes a matter of luck, although it defintely depends on the quality of farming too. They did not request a new loan yet.