Vedaste signed up for a big microcredit. This has been the biggest loan to a farmer so far. With € 2200 he has expanded his land and bought new coffee bush. His plantation has grown to 5 hectare. Vedaste provides work for his village because many of the people work for him in harvest season. 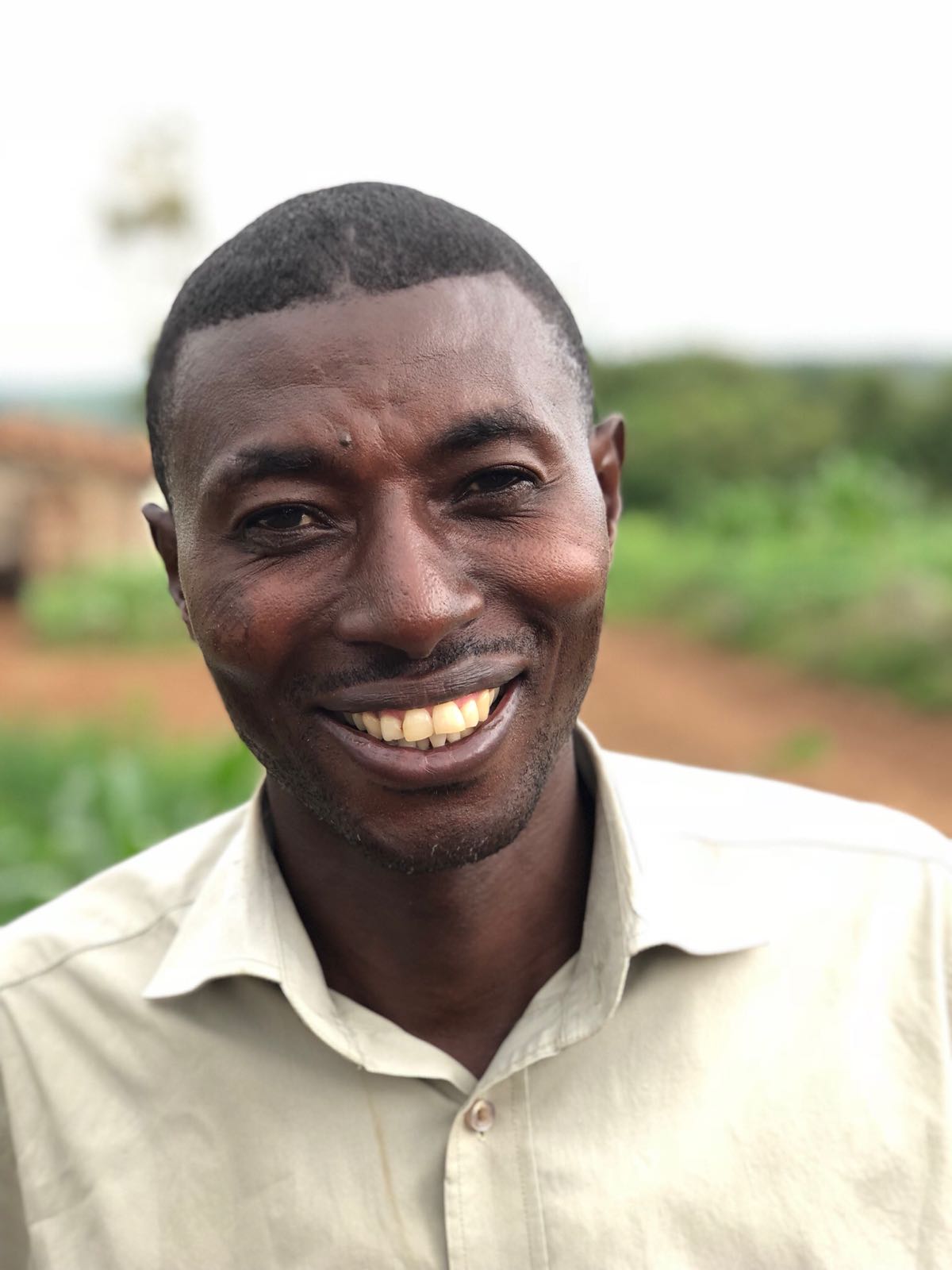 The beginning of September Vedaste paid the first term of his interest. Till now he has paid € 30,- of interest. The final pay off will probably take place after the harvest season of 2018. We expect that Vedaste starts paying of after 1 year.

It is the second time Ando visits Vedaste and his family. First they are discussing finances. Vedaste got a second loan because his first one has been repaid. We are positively surprised by this news! He expects to pay off this second loan in the midst of 2018 or early 2019. Vedaste is married and has 6 children: three boys and three girls. He was raised on a farm and so he is used to this life. Years ago he took over the farm of his parents and from that moment on he slowly started expanding.

The priest who became a farmer

Ando and Arnold asked what job he would have had if he had not been a farmer. As for many people in Rwanda, christianity plays a big role in the life of Vedaste so he would have than become a priest if not a farmer.

Vedaste is a real entrepreneur. Since the last visit of Ando he has bought new land in March. His farm mainly grows bananas and coffee. These two crops provide a good income. The harvest of bananas is multiple times a year, but coffee only once a year. Since he took over the nearby banana plantation, he now owns 3000 banana trees. Vedastes’ dream is  that his kids will take over his farm. He tries to enthuse them for farming, alhtough he knows it is not an easy life.

We now have visited Vedaste several times. It’s interesting to see the development of his farm. Today Vedaste is not at the farm, therefore we talk to his wife Marie Rose. She tells that the harvest of this year is better than last year. There has been a lot of rain and the yield has increased. There is a bit of concern on how the coffee cherries look. It looks like it sometimes rains to much according to Marie Rose. Although there could also be other reasons why the harvest doesn’t look so good.

Paying off of the loan

The reimbursement of this second loan is a different story than the first loan. Probably it will be after the harvest, but only when the harvest is good enough. The interest was paid so far by Vedaste and Marie Rose.